Ugandan President Yoweri Museveni on Thursday released a video demonstrating how to keep fit at home under lockdown, after banning outdoor exercise in a bid to halt the spread of the Covid-19 coronavirus.

The video had been hotly anticipated on social media after Museveni on Wednesday promised to release it to show Ugandans how to exercise at home during a televised address.

True to his word, the 75-year-old retired general released a two-minute and 25 second instructional video.

Barefoot and wearing a grey tracksuit Museveni appears in a spacious office with a plush red carpet.

“It’s good to go outdoors when there is no problem but when there’s a need you can go indoors,” he tells viewers.

“This is just an office. Because I don’t have time, I always do my exercises here or even in my home, in my room.”

“So you start by warming up,” he says before jogging from one end of the room to the other, increasing his pace and making an effort to keep his knees up.

The head of state then begins to do push-ups, placing his hands on a white towel laid on the floor.

In the background aides are heard counting 30 push-ups, although the camera cuts away at one point.

Sweating and out of breath, Museveni ends the video by urging people to run in their home compounds.

However, according to the Uganda Bureau of Statistics 71 per cent of people living in the capital, Kampala, share a one-roomed home with several others.

On Saturday, the government began food distribution to up to 1.5 million people directly affected by coronavirus lockdown measures.

Around the world, people ordered to stay home have turned to online fitness instructors to stay in shape as the coronavirus pandemic sweeps the globe.

Uganda has recorded 53 cases of the coronavirus, and has implemented a 14-day lockdown with transport banned and a nightime curfew, however people are still allowed to move around on foot in groups of less than five.

Museveni, who is seeking a sixth term in office next year, has given almost daily briefings on the virus.

He has become a hit on social media with his advice, telling landlords they can “demand their money later“, complaining about security officers who “like beating people” or urging that ‘this is not the time for exams.” – AFP

Captain Sir Tom Moore Dies of the Coronavirus at age 100 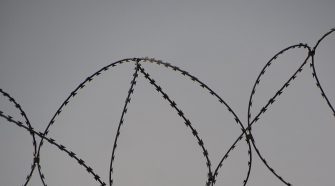