Pastor Mukhuba of Unity Fellowship Church is appearing at the Protea Magistrate Court on Friday, 27 August.

This will be her seventh court appearance and her followers are calling for a ruling, saying the case has been going on for too long.

Many of her supporters believe Mukhuba is a target. They are also calling for an end to police brutality following the actions from police on the day that Mukhuba was arrested.

The police reportedly fired shots and people were injured.

A statement from the JMPD said that “on their arrival, the officers were surrounded by a group of aggressive male churchgoers who thumped onto the JMPD patrol vehicles. Officers used pepper fog to disperse the group and called for backup,”.

“#SaynotoInjustice and #NotoPoliceBrutality,” reads a poster posted by the church.

#JusticeForPastorMukhuba has been trending at #1 on Twitter on Friday morning.

“It’s been 7 months now!! For how long do you plan to drag this case and torment a women who saves thousands from themselves by showing them a way in Christ!! A woman who helps many!! Enough is enough!,” wrote Twitter user Lydia Teleke.

“#justiceforPastorMukhuba She is being harassed for praying for her God, nothing else @CyrilRamaphosa @PresidencyZA How do you let a woman being harassed and brutalized like this, and you continue to keep quite and turn a blind eye? Your government should be ashamed of themselves,” wrote another Twitter user.

The pastor was arrested in February and charged with malicious damage to property, assault, and contravening regulations of the Disaster Management Act.

The arrest came after police went to the church following a noise complaint, where reportedly about 2,000 congregants gathered.

Mukhuba was sent to Moroka police station and was released on bail before midnight.

Previous Point of View: South Africa has the highest number of COVID-19 Orphans in Africa

Next Sassa on first payment of Social Relief of Distress Grant 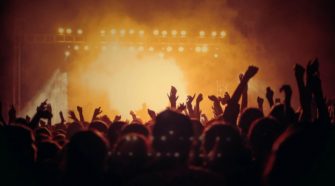