Rodney Ramagalela says he is really hurt after his family home in Mamvuka, Limpopo burnt down on Tuesday. The forward’s house caught fire on the early hours of Tuesday morning, but fortunate the house was unoccupied and there were no serious injuries.

The eight-bedroom property is reportedly said to be destroyed, with Ramagalela revealing to FARPost that he is shocked and hurt.

“Obviously I am very hurt by this because if you come to think of it, it takes time to build a house,” he told FarPost.

“With a career like ours, to start again it’s a mission on its own. I am seriously hurt I won’t lie. But the most important thing is that no one lost their lives.

“For now, there is nothing to suspect because I was not there. I will leave it to the law enforcement to do their investigations then we will get an answer on what happened.

“Apparently it took only 10 minutes for the fire to dispatch all over the house because my neighbours are telling me that there was no fire at 04:20 but at 04:40 the fire was all over the place.” 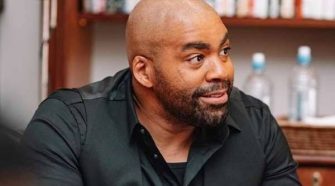