A fake Chicken Licken account has popped up on Facebook and is wreaking all kinds of havoc for the popular fast-food company. Despite the fact that it’s a fake account, it has already amassed 16 000 followers and at the same time, upset a whole lot of people with its discriminatory posts.

Chicken Licken has built itself a reputation for hilarious adverts and jokes over the years.

People have become accustomed to what currently seems to be a trend of usually very crass marketing material from various food outlets such as Chicken Licken and Nandos — so much so that one fake Chicken Licken account has duped thousands of people into believing its real.

The fake account in question has however taken things too far after making a considerably derogatory stereotype while referring to South African coloured people.

The ad that was posted on the fake account reads:

“Coloureds this is for you because you don’t have teeth to chew Bones.”

Local journalist Robin Adams quickly headed to Twitter where he made Chicken Licken aware that its name was being tainted by a fake account holder while adding that he doesn’t believe the account is real for one second.

I don’t believe this for one moment.
Fake news. Must be!
Right @ChickenLickenSA?
Mense trying to drag your good name through the mud.
cc @GasantAbarder @hearrtallowed @HeartFMNews https://t.co/PlqWMxl7bx

“Hi Robin, thank you for bringing this to our attention.

“This is from a fake account and not our official Facebook account, we’ve reported the page and kindly request that you help us by reporting it too.”

Unfortunately, not many are aware that it is in fact a fake account and have already expressed outrage towards the derogatory ad. A quick scroll through the comment section of the post reveals that a number of people find the ad quite problematic.

“This is very offensive chicken Licken as for me and my family we will never support u again.”

“I’m not supporting Chicken Licken no more, stop wanting to be like Nando’s jy sal jou self vas loop.”

“This is absolutely degrading. I love humour but it has to have limits… Not funny at all but rather offensive.”

Next Shudu and Rolene: Current and former Miss SA melt many hearts 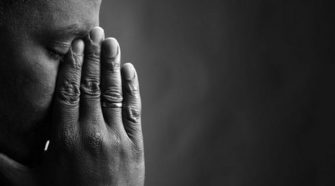 I caught my brother’s wife having sex with another man; should I tell him? – Man asks