There are mounting calls for Bhisho High School to dissolve the school governing body (SGB) and deal with the bullying culture.

This after 16-year old Lathitha Nako committed suicide after being bullied for “witchcraft”.

Her death has angered pupils, parents and the community of Bhisho in the Eastern Cape. Students from the school have since spoken out that they tried to report the bullying to teachers who did not intervene.

The ANCLY in Bhisho have rallied to call for the school to dissolve the SGB and want the bullies removed from Bhisho High.

Lathitha Nako was bullied by a group of girls who ridiculed her spiritual calling as a healer. According to testimony from her friends, the girl was also ridiculed by a teacher at the school.

Two teachers have since been placed on special leave following her apparent suicide while the Department of Education investigates further.

It is reported that the girl drank pesticides because she was tired of being taunted by her bullies.

Lathitha Nako died at Bhisho Hospital last Wednesday night. Her death has highlighted the need for schools to enforce policies that accommodate all religious beliefs.

In an interview with SABC News her mother shared that her little girl had hopes to be a doctor.

“My heart is broken because I will never see my daughter again, all I have are her pictures,” her emotional mother shared.

Her mother, Kholeka Nako said Bhisho High failed her daughter when they turned a blind eye on her constant bullying.

Lathitha spoke out about her bullying and shared her final words with friends in voicenotes before allegedly committing suicide.

“People will believe them. There are three of them against me,” she added.

“I am tired of fighting now. I am leaving it all to God,” were her last words.

In April this year, Lufuno Mavhunga took her life after being bullied at Mbilwi High School in Thohoyandou.

Next ANC claims victory in eThekwini

Heartbreak as girl (16) bullied for witchcraft takes her life 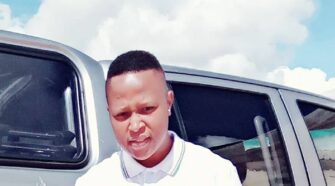