At least 253 people have died following the heavy rain and major flooding in KwaZulu-Natal. The death toll has risen to 253 and dozens of people are still missing.

President Cyril Ramaphosa is currently in the province to assess the damages and give support to the people of KZN.

Ramaphosa’s visit aims to offer support to the affected communities and assess the damage and the response of the government and civil society.

Ramaphosa hears first-hand accounts of losses, missing family members in KZN floods: Residents of New Germany in eThekwini were among the first to be visited by President Cyril Ramaphosa on Wednesday when he headed to sites hard-hit by flooding.

“What is painful is that a lot of people have died. Their homes have been destroyed, streets, towns and this church has been destroyed. So we said let’s go to the areas to see the damage ourselves in order to see how the government can help,” Ramaphosa.

Ramaphosa visited the Qwabe family whose 3-year-old grandson, Luyanda Qwabe went missing after floodwaters destroyed their home. The Qwabe’s grandsons both aged 7 years old, Lwandle and Lusanda died when their home collapsed.
@Thirsty_Sphe, twitter user shared that 5 of the deceased in the KZN Flooding were closed him.
“5 of the 253 people who have succumb to the floods are my best friends family members, including his mom and two siblings. It’s a horrifying tragedy”
https://twitter.com/thirsty_sphe

5 of the 253 people who have succumb to the floods are my best friends family members, including his mom and two siblings. It’s a horrifying tragedy

The eThekwini Municipality has assured that rescue operations were continuing to assist residents impacted by flooding caused by heavy rains.

Next Road users encouraged to drive safely over Easter weekend 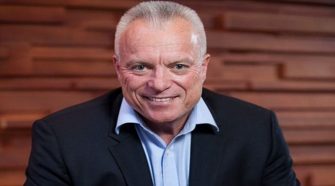