Beating Tunisia 1-0 in the quarter finals of the Women’s Africa Cup of Nations (WAFCON) in Morocco this evening (14 July), Banyana Banyana automatically qualify for the 2023 World Cup.

Thanks to Jermaine Seoposenwe’s goal, Banyana were in a 1-0 lead by half-time. (This is the third WAFCON tournaments – 2016, 2018 and 2022 – that she has scored at. Only Veronica Phewa has scored in more, scoring four times.)

But it was stressful, with Tunisia piling on the pressure to equalise, and Bafana Bafana missing at least five opportunities to score easy goals. However they are clearly becoming South Africa’s favourite national football team, and tonight they gathered thousands more fans who’ve promised to support them more next time they play at home in South Africa. The match had South Africans on the edge of their seats.

In a week affected by a spate of injuries and Covid-19 cases, the SA women’s team – who are sponsored by Sasol – remained focused on securing a World Cup qualification berth and passage to the semifinals of WAFCON.

Banyana Banyana midfielder Thalea Smidt said the well-documented challenges they faced this week did not shake their resolve.

Speaking before the match, Smidt said: “We sympathize with Thembi [Kgatlana, who was ruled out of the WAFCON on Monday after sustaining a ruptured Achilles tendon in Banyana Banyana’s Group C match against Botswana on Sunday] and we know she is a strong-minded individual who will rise above the injury. But the mood in camp has not changed because as players we know our objective, we know why we are here, and so this is a chance for all the players to raise their hands.”

Women of the Match! 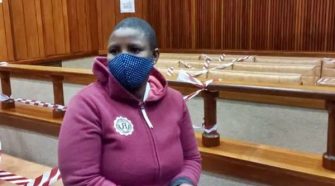