Pamela April 13, 2022
The Namakgale Magistrates Court in Limpopo Province has postponed the case of a  35 year old Foreign National Akter Hosain who allegedly raped a 10-year-old, to secure a Bangladeshi interpreter.
It’s alleged Hosain, raped a 10 year old after the child was caught locked up in a spaza shop when she was sent to buy airtime , instead of giving her airtime he just locked the spaza then force himself on 10 year old girl.
After the incident, the suspect let the child go and when she arrived home she then informed one of the family members.
Limpopo Police spokesperson Brigadier Motlafela Mojapelo says they were immediately notified and a case of rape was opened.
“The suspect was apprehended at his shop on the same day and he appeared before the Namakgale Magistrate’s Court, on Tuesday,10 May 2022 for formal bail application,” he said 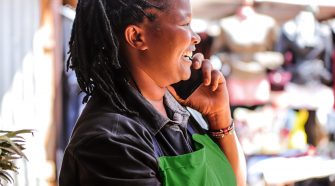 Nedbank steps up for the township economy