A driver who was pulled over at a roadblock in Cape Town on Monday left Metro Police officers gobsmacked by his behaviour.

Officers had set up a checkpoint on the corner of Saxdowne and Hindle Roads. They pulled over a motorist and noticed an open brandy bottle between his legs. As they approached him he took one last swig from the bottle.

While the officers were interviewing the motorist, they noticed that the driver was unsteady on his feet and the 29-year-old was arrested for drunk driving and taken to Mfuleni police station.

“This level of brazenness cannot be tolerated and I hope that the court takes his behaviour into consideration when deciding on a punishment.

“We continue to see too many people with a total disregard for the law which jeopardises public safety, and only harsh consequences from the courts for their actions will turn this tide,’ said the City’s Mayoral Committee Member for Safety and Security, Alderman JP Smith. 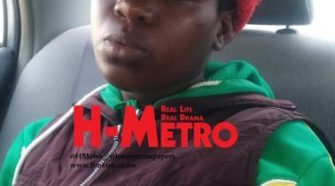