The Legal Practitioners Council has taken  Advocate Teffo Malesela to court for alleged misconduct in 2021 but the controversial advocate says the council has a personal vendetta against him.

Advocate Teffo who seemed unprepared, failed to have an application by the Legal Practice Council (LPC) to have him struck from the roll postponed or dismissed after the court did not accept his pleas of ignorance.

The Council says Teffo shouldn’t be allowed to practice any longer.

“There are 22 misconduct submissions, 22 complains/objections against the respondent. And those are the 22 basis upon which we bring this application,” Legal Practitioners Council  lawyer Mfesane Kasiboto said.

Teffo has cried foul and accuses the LPC of colluding with the SAPS because majority of his clients are police officers.

“All these allegations are just directed to me as practice advocate who was doing his job, paying due diligence to the client…out of 20 cases of SAPS, I won 19 of them…to me there are allegations, they are frivolous,” he said.

Previous Man arrested in Mahikeng after being found with uncut diamonds 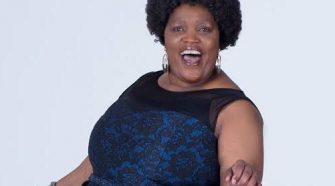 Nokuzola Mlengana’s cause of death revealed