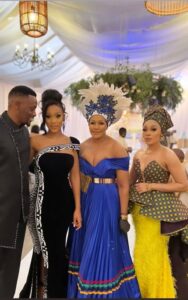 First look at Buhle Samuels and Thando Sonqishe’s wedding. The couple tied the knot on the 2nd May 2022.

Buhle Samuels and Thando Sonqishe had a private wedding and guests were asked to switch off their phones during the proceedings. 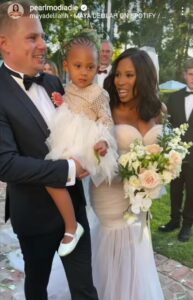 Singer and TV presenter Denise Zimba tied the knot with her German bae in Stellenbosch, Western Cape, and it was a fairytale wedding.

The romantic white wedding, which turned into a full-on party in the evening, took place at Blaauwklippen Vineyards and the couple were surrounded by their family and friends.

Sivenathi revealed several months ago that lobola negotiations had taken place and that she had agreed to start a new journey as the wife of Bukani. 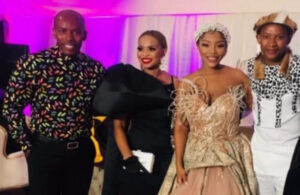 Faith and her partner Nzuzu Njilo tied the knot at an intimate ceremony attended by their close friends and family.

A few images from their wedding circulated on social media, Faith also shared some images on her Instagram stories. How To Ruin Christmas actor Yonda Thomas – who currently stars in Generations: The Legacy as Lelethu Malinga has married his girlfriend – Dr Taz Emeraan.

The newlyweds announced the news by sharing pictures of their wedding day on their social media accounts.
6. 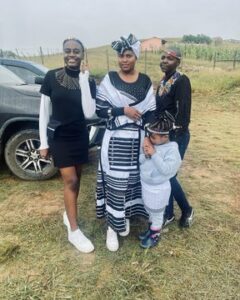 Former Isibaya actress Asavela Mngqithi (Ntwenhle) gets married Taking to Instagram the beautiful Asavela revealed that she is officially off the market & that she is now married, “This time last week two families were officially united” she captioned one of the snaps she posted

Previous MaMkhize to build houses for 20 destitute families in KZN 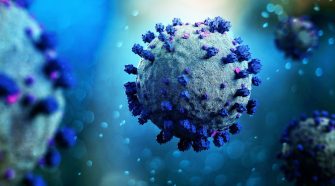