A 15-year-old pupil, who had an ancestral calling, has taken her own life. Mbalenhle Ngobese was in grade 10 at Nombika High School.

It is alleged that Ngobese stopped attending school in March when she was suspended for wearing sangoma attire.

“The principal asked me to hide ibhayi by wearing it underneath, I then explained to her that if I am not wearing it, especially when I am not at home I feel sickly,” the late learner said.

After KZN Tv broadcast the story, Ngobese was allowed back in school and ,managed to write her June exams.

“We would like to send condolences to her family and those close to her,” said the department in a statement.

JUST IN: The KZN Department of Education has issued a statement about the incident, offering condolences to the family of the late pupil. pic.twitter.com/VVxQ6dYNxr

Next "Boko Haram" trio sentenced to an effective 128 years 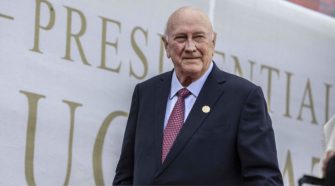