Makhadzi has stepped on the toes of many after revealed she was heavily guarded by police force on her recent show. The star has been doing well in the industry and her fans are increasing day by day.

She decided to keep herself safe as she hired personal security firm but trolls were not cool with the fact that she used a police force.

Makhadzi went online to share a photo from a concert she had recently in the Northern Cape.

In the picture, she is surrounded by police officers, and they are all trying to take selfies with her.

On its own, the picture was fine. But it was the caption that got supporters’ tongues wagging at Makhadzi.

Well, the post angered so many as they thought it was ridiculous that over 20 public servants were being distracted from their job to go and experience a concert.

According to the fans, the police are supposed to be protecting the citizens and arresting criminals, and a ratio of 20 cops protecting one musician was unfair to the rest of the citizens.

Makhadzi apologises for her ‘dark inner thighs’ – Twitter says she doesn’t need to! 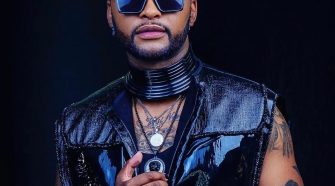