Boyfriend has reportedly plucks his girlfriend teeth with pliers because she destroyed his TV set for cheating barely 3 weeks of dating. The lady broke her boyfriend’s TV and other home appliances after she found out that he was cheating on her.

A Facebook user Blessing Nnadi wrote “The woman in the picture found out that the boyfriend was cheating on her. Then in anger he went to his place and destroyed everything in the house that he worked hard for. They dated for 3 weeks and she was not there when he was getting the property.

He then went to her place then beat her up, he took a pliers and pulled out her 2 front teeth. She wrote

Previous ZODWA WABANTU shares photos on vacation with her Ben 10

I use magic cream to attract men – Sex worker reveals

Pretoria man hitches a trolley onto truck on highway 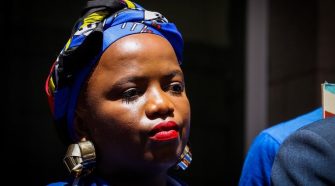